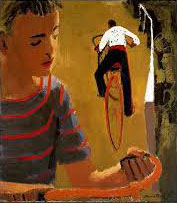 K. Nathan Gallery is paying strong prices for artworks by the following artists:

If you’re interested in selling artwork from one of these artists, please don’t hesitate to contact us using the form below: